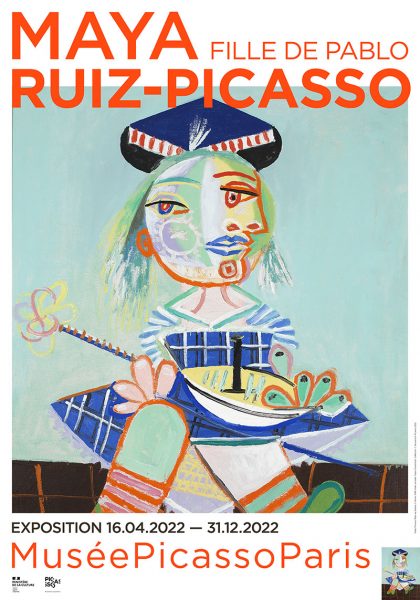 María de la Concepción, known as Maya, was born on 5 September 1935. She was Pablo Picasso’s first daughter, born of his passionate love for Marie-Thérèse Walter, the young
woman he met in 1927 when she was just seventeen. Marie-Thérèse pervades his painting in the early 1930s and inspired one of Picasso’s most prolific periods.
The child’s arrival precipitated the artist’s separation from his first wife, Olga Khokhlova, whom he had married in 1918, and gave rise initially to a group of works giving expression in coded form to Picasso’s inner turmoil at the changes in his personal life. Shortly after Maya’s birth, Picasso depicted the intimate moments of his new family life in scenes full of tenderness, and Maya became one of his favourite subjects, especially between January 1938 and October 1939, a period in which he paints fourteen portraits of her.

The exhibition “Maya Ruiz-Picasso, daughter of Pablo” brings together a significant ensemble of these portraits, re-examining this phase of the artist’s career through the prism of the close bond between father and daughter and showing how Maya’s presence nourished and amplified the artist’s fascination with childhood. This chapter of Picasso’s intimate history is illustrated with major works from the 1930s – portraits of Maya and Marie-Thérèse – sculptures, paper cut-outs, and memorabilia including letters, poems, and personal objects. Accompanied by a large number of photographs, some shown here for the first time, the exhibition also explores Picasso’s relationship with his children more generally, especially during his years in Cannes when the artist shared happy family time with all four of them at once. 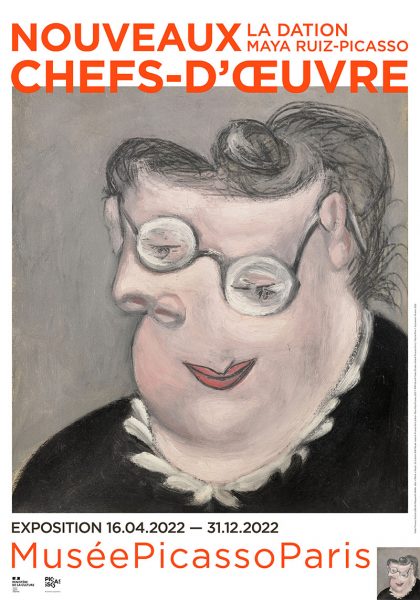 This exhibition celebrates the addition of nine masterpieces to the French national collections – six paintings, two sculptures and a sketchbook – via the country’s gifts-in-lieu scheme, which was introduced on 31 December 1968, allowing inheritance tax to be paid in kind. This unique acquisition mode is key to the very identity of Musée Picasso, which was founded in 1979 specifically to house the donation made by Pablo Picasso under this system