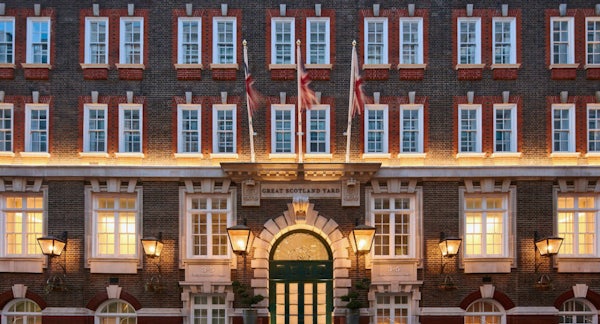 Great Scotland Yard is one of London’s most historical buildings and may be best known as the former headquarters of the original Metropolitan Police, founded in 1829 by Sir Robert Peel. It was also once home to kings of Scotland during their official visits to London and to intellects such as Sir Christopher Wren, Inigo Jones and John Milton. Leading cabinet ministers, including Churchill and Kitchener, passed through its doors after the building was taken over by the Ministry of Defense.

Who knows what its walls have borne witness to over the years or how many notorious villains and criminals have spent time in one of the holding cells?

Inspired by Great Scotland Yard’s colorful heritage, the owners have created a 5-star hotel that celebrates a world of exploration, creativity and originality to reward those who seek the ultimate non-hotel promise.

Great Scotland Yard has been re-imagined into a place for you to explore, discover and uncover many a tale waiting to be told…