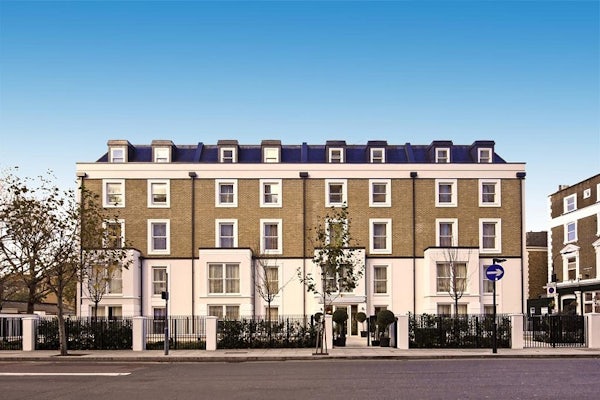 ​LUMA Concept Hotel London is a 3 star hotel in Hammersmith.
It’s a hotel, but not as you know it. A boutique urban base that builds your stay around you, it strips out what you don’t need, to enhance what you do – and pleasantly surprises you in the process.

Uncomplicated but beautiful, LUMA Concept Hotel London is smart, inspired, yet ever-so-slightly eccentric – a true original that shines a light on the traditional hotel and reveals a simple truth: it’s time to do things differently.

LUMA Concept hotel London is inspired by the grand old Osram lightbulb factory that once dominated the neighbourhood, a vast Victorian workplace for the inhabitants of the surrounding terraces. A stone’s throw from your room in this now cosmopolitan corner of London, it was one of the earliest lamp factories in Britain, bringing light to its people since the dimly lit days of 1881.

Let LUMA Concept Hotel London set you free from unwritten rules and accepted conventions. The naked stay means nothing you don’t need, and everything you do. It means starting afresh. No assumptions. No rules. Just an experience designed around you, in a space that really works for you.

Though check-in is usually any time from 3pm, you’ll be welcomed just as warmly at 3am. Breakfast to go won’t have been and gone by 8am – instead it’s freshly made and ready when you are, whatever the time of day. And, while sourcing “sold-out” tickets or procuring top tables is all part of the service, we’re also your one-stop shop for whatever it is that makes your stay complete – whether a clutch bag or cufflinks, lemon tea or lavender oil.

High-spec, tech-ready spaces full of witty, unexpected touches, the rooms are as stimulating as they are relaxing. On the subject of stimulation, in-room Nespresso machines come as standard, as does plush bedding, a piping hot shower, plenty of space, and perceptive, personalised service. At LUMA Concept Hotel London, you’ll feel more than just indulged. You’ll feel understood.

Grab & Go breakfast, if and when you need it, comes with freshly brewed coffee and artisan treats. All of the taste, in half the time. And far less waste, too. It’s ready when you are.