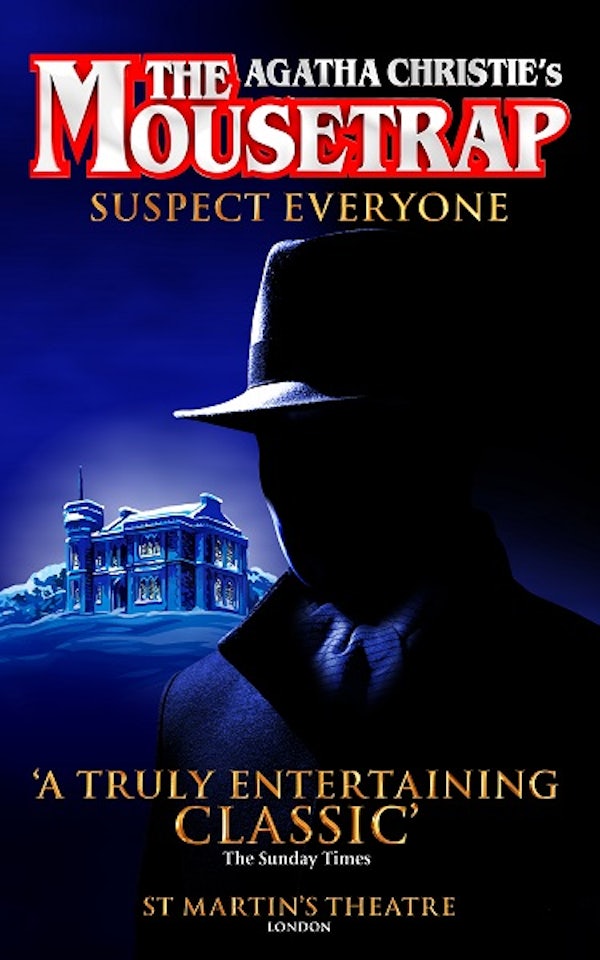 About this Theatre Ticket

Centered primarily around the West End, London’s world famous theatre scene plays host not only to international hit musicals, but productions that have successfully made the transition from New York’s Broadway. No visit to the vibrant city of London is complete without seeing one of London’s top shows! Choose from a range of musicals, classics, drama and comedy – there is something to suit everyone’s taste. All tickets provided are of top face value (best seats in house). Please be aware tickets are non-refundable!

Agatha Christie’s legendary whodunit is still packing them in after more than 60 years in the West End.

The world’s longest running play has lost none of its form. Indeed, the reputation of this murder mystery masterpiece goes from strength to strength as new generations of theatregoers are tricked and teased by a plot with more twists than a really twisty thing!

A group of people gathered in a remote part of the countryside discover, to their horror, that there is a murderer in their midst. Who can it be?
One by one the suspicious characters reveal their sordid pasts until at the last, nerve-shredding moment the identity and the motive are finally revealed.

A cracking yarn and an irresistible treat for amateur sleuths everywhere!

How to find this theatre