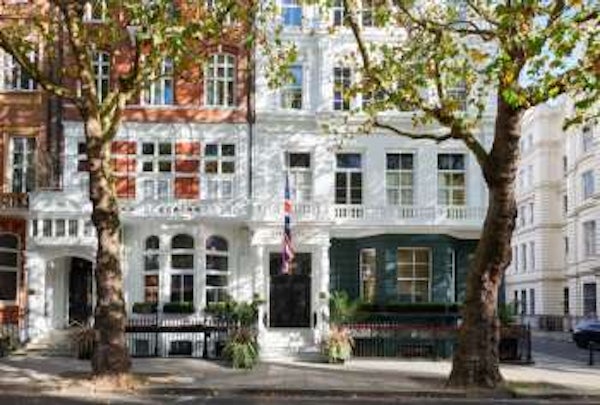 ​Founded in 1892, The Gore has become a legendary hotel, a symbol of the history of British hospitality. Built as a serviced residence for visitors to London’s Great Exhibition, under the patronage of Prince Albert, consort of Queen Victoria, it welcomed guests who wanted to stay in the heart of “the most fashionable area of the city “, that is to say in the houses at nos. 189 and 190 Queen’s Gate, which form The Gore today.

Today, following its 125th anniversary, history still permeates all its rooms, making The Gore one of the most charming boutique hotels in London.From antique carved beds to original artworks, each of the six floors is a treasure trove of period details and hand-picked pieces. Discover the luxury of yesteryear, immersed in the same atmosphere that has attracted celebrities, famous artists and aristocrats over the years, including Judy Garland, Andre Simon, Sir Malcolm Sargent, Tony Hancock, Lord Miles and Dame Nellie Melba.

All of The Gore’s 50 lavishly appointed rooms and suites are individually furnished, creating a distinctive atmosphere that makes each one truly unique. They are all furnished with sophisticated elegance and a keen eye for detail, with beautiful antiques, period photos and ornately decorated beds.

he Gore’s strategic location just around the corner from the Royal Albert Hall makes it the perfect place for pre- and post-theatre wining and dining. At 190 Queen’s Gate by Daniel Galmiche, Michelin-starred chef Daniel Galmiche interprets great British classics with a contemporary touch and exquisite French flair. The adjacent Bar 190, which famously hosted the Rolling Stones’ Beggars Banquet album launch, has an informal, glamorous atmosphere, to be savoured while sipping the cocktail named after the prominent album.