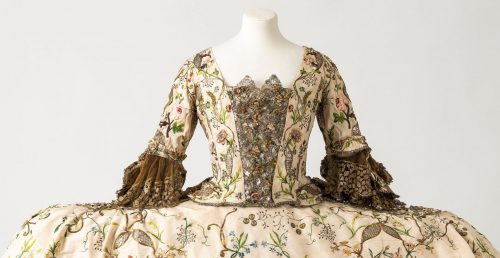 This spring, a major exhibition at The Queen’s Gallery, Buckingham Palace will reveal life in the 18th century through the fashions of the day. This was an exciting period when trade, entertainment and technological innovations became driving forces for iconic fashion trends across all levels of society.

Style & Society: Dressing the Georgians will bring together over 200 works from the Royal Collection, including paintings, prints and drawings by artists such as Gainsborough, Zoffany and Hogarth, as well as rare surviving examples of clothing and accessories. The exhibition will build up a layer-by-layer picture of what the Georgians wore – from the practical dress of laundry maids to the glittering gowns worn at court – and chart the transformation of clothing and silhouettes from the accession of George I in 1714 to the death of George IV in 1830. 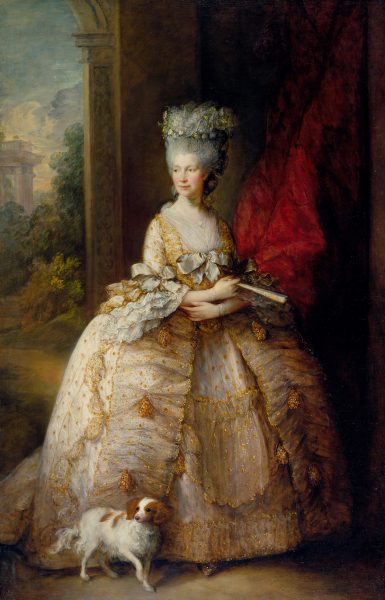 At the heart of the exhibition will be a rarely displayed, full-length portrait of  Queen Charlotte by Thomas Gainsborough, c.1781, which usually hangs in the White Drawing Room at Windsor Castle. Painted by candlelight, it depicts the Queen in a magnificent gown, worn over a wide hoop and covered with gold spangles and tassels. The painting will be shown alongside a beautifully preserved gown of a similar style, worn at Queen Charlotte’s court in the 1760s, on loan from the Fashion Museum Bath.

On display for the first time will be Queen Charlotte’s book of salms, covered in the only silk fabric known to survive from one of her dresses. The expensive fabric, decorated with metal threads to glimmer in candlelight, was most likely repurposed after the dress had passed out of fashion. As textiles were highly prized, Georgian clothing was constantly recycled, even by the royal family, and there was a thriving market for second-hand clothes.

Britain dramatically expanded its global reach during the 18th century via trade, travel and empire. Styles and fabrics from the Ottoman Empire, India and China were incorporated into everyday dress. In a portrait of Madame de Pompadour, Louis XV’s stylish mistress wears a floral gown, possibly made of painted silk imported from China. The portrait will be shown alongside a roll of Chinese hand-painted silk from the 1760s covered with an almost identical pattern, on loan from The Bowes Museum, Barnard Castle.

In William Hogarth’s c.1757–64 portrait of the celebrated actor-manager David Garrick and his dancer wife Eva-Maria Veigel – one of the most high-profile couples of the era – Veigel chose to wear a gown in a distinctive ‘egg-yolk’ shade of yellow. The colour was revered in China due to its association with the emperor and became popular in Britain at this time during a craze for chinoiserie, a decorative style that incorporates Chinese motifs. 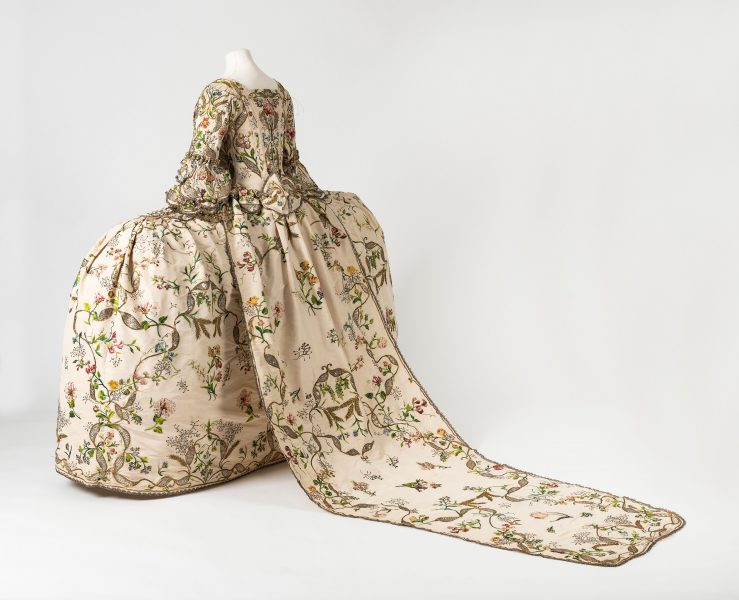 The exhibition will include items of jewellery from Queen Charlotte’s famed collection, such as a diamond ring featuring a miniature of her husband George III, given to her on her wedding day. Other accessories on display will include beautiful English and French fans, which reached their fashionable zenith during this period, some representing topical events such as the first hot air balloon flight, and jewel-encrusted snuffboxes, reflecting the craze amongst both men and women for taking snuff throughout the 18th century.

The exhibition will reveal how the Georgians ushered in many of the cultural trends we know today, including the first stylists and influencers, the birth of a specialised fashion press and the development of shopping as a leisure activity. From the popularity of fancy-dress and the evolution of childrenswear, to the introduction of military uniforms and the role of clothing in showing support for revolutions at home and abroad, Style & Society will explore what clothing can tell us about all areas of life in the rapidly changing world of 18th-century Britain.

Anna Reynolds, curator of Style & Society: Dressing the Georgians, said: ‘During this period, we start to see court dress lagging behind street style, with people from across a much broader social spectrum than ever before setting fashion trends. The Royal Collection is so rich in visual representations from this period and the exhibition is a wonderful opportunity to share them with the public. Showing paintings alongside surviving items of dress really adds an extra layer of insight, helping us to understand how clothing was constructed, what it felt like to wear, and how artists approached the challenge of representing Georgian fashion in paint.’ 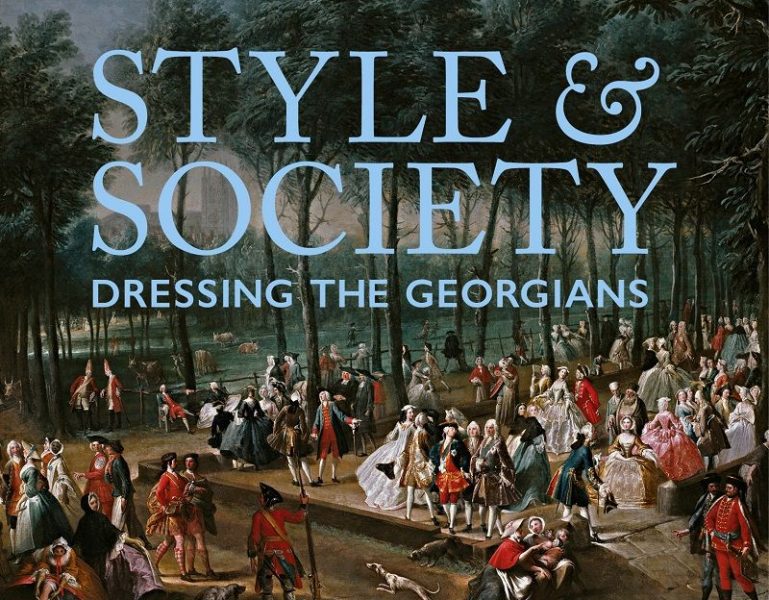